The long-standing tradition of 'calling shotgun' when entering a vehicle goes back to the old west and the days of the stagecoach.  Riding shotgun was a position of danger, being the man next to the driver who carried a shotgun to ward off bandits.  This person was the primary target of anyone who wanted to attack the stagecoach.

Today the position is slightly less precarious, but murder may still be attempted in some families where one sibling manages to think of calling it first for too many days in a row.

In a family with a large number of kids, we have solved the problem by calling multiple guns.  Shotgun is still the traditional position of being next to the driver.  'Squirt gun' is the driver's position.  'Machine Gun' is the seat behind the driver.  Then there is the 'mini gun,' the 'gatling gun,'  the 'water gun,' the 'air gun,' the 'potato gun,' and the 'marshmallow gun.'  Last and certainly not least there is the 'pop gun.'

For some reason the kids seem pleased with their roles of such titles, but I fear that soon the names alone will be insufficient and actual weapons are going to be needed.  I just hope marshmallows and potato bits don't start spattering against the windshield while I'm driving to say nothing of airsoft pellets or lead.
Posted by Josh Peterson at 9:55 PM No comments: Linked to:

Well, the wedding is finished and the honeymoon is over  John goes back to work at 5:30 tomorrow morning, and Sylvia takes up her role as a housewife and online tutor and freelance writer.
She also now has to clean up the mess at her house.  Some rude people managed to get hold of a key (as the property manager and owner of the house, I don't have any idea how it happened) and stuffed their pantry with 170 balloons.  (Yes, we counted them).  They also rearranged some of the furniture, and hid a few hundred mayo packets throughout the house.
Of course, it wouldn't be proper to leave out the Peterson family chicken, and these unnamed persons very cleverly rigged up the chicken so that when the bedroom door was opened, the chicken would begin it's song-and-dance routine.  Wish I would have had a video of that!


Anyway, here are a few pics of the wedding prep and other random shots.  I was busy during the wedding so I didn't take any then, but will get some posted later.  Complete wedding pics are now on the website here:  http://www.weddingwire.com/weddings/3943431/wedding_new_website#!/website/3512910#website-page-3512910 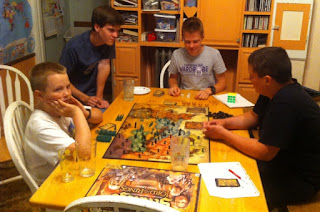 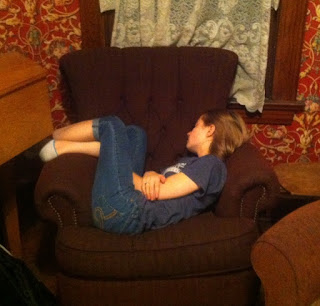 Cousins refusing to go to sleep. 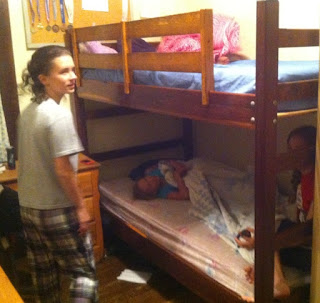 Nancy digging deep for the 16th gallon of ice cream.  (Sorry I haven't figured out how to make these photos come out straight.) 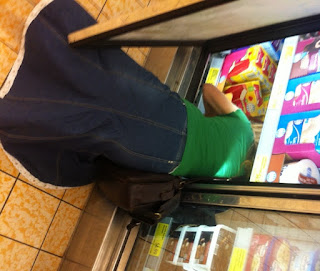 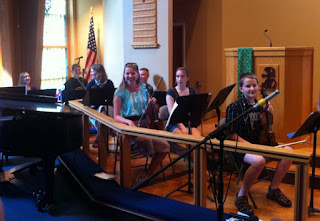 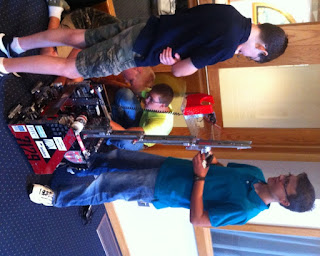 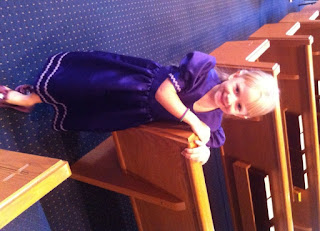 The stand-in groomsman after one got sick and couldn't make it. 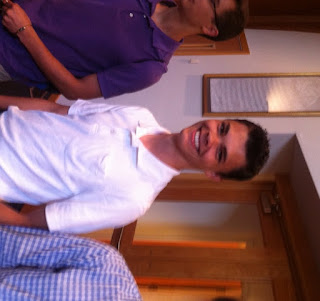 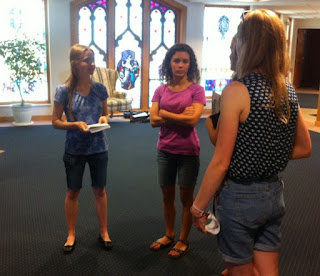 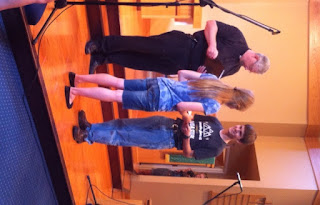 They didn't have a cake at the wedding, so Mrs. Phillips had them cut the red jello at the rehearsal dinner. 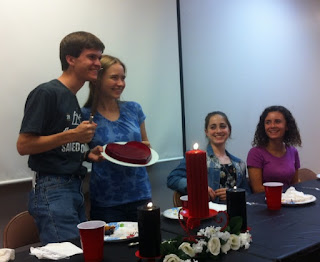 Food prep for the non-reception. 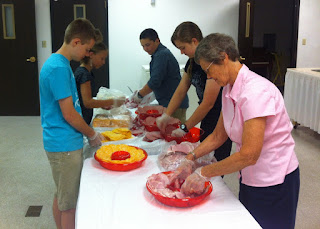 Leif sampling the food.  He did this a lot. 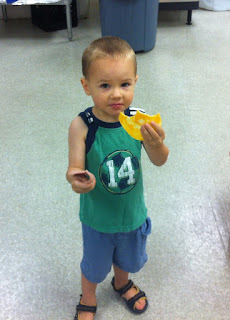 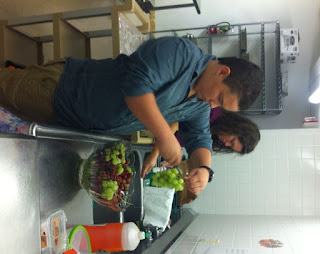 Knut and Thor not sampling the brownies. 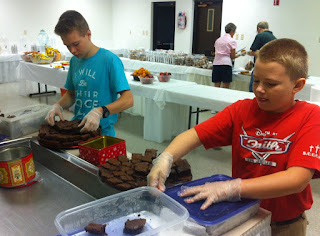 Cousin Sloan carrying some of the Oreos. 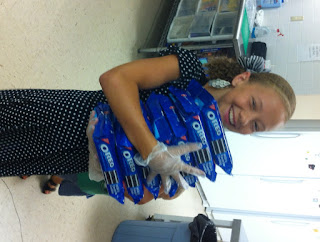 Unfortunately, John got dehydrated, and had to throw up after the wedding, but before photos and reception.  He recovered enough to get through it all, and even did their First Dance, which was some lively swing dancing set to Piano Guys music. 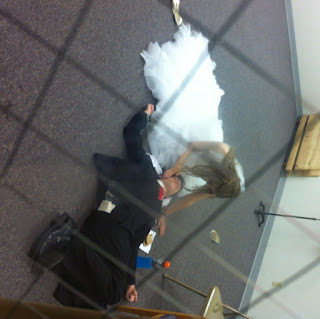 Uncle Travis with his much better-looking brother, the Father of the Bride.  (Me). 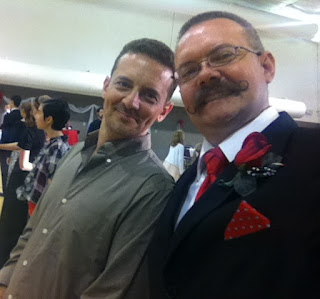 Cousin Camryn (right) with a good look-alike friend, Sarah.  (And a random photobomber). 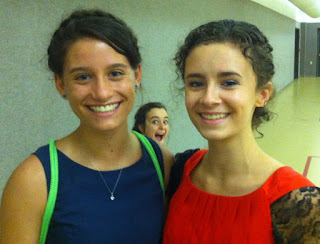 Sylvia has been the regular blogger of the family, but as she's getting hitched in a couple weeks, somebody has to take over.  By unanimous decision, I've been voluntold.  Anyway, here's my first post as admin:  The birds in the back yard are very angry at my cats, for they just caught a bird and are slowly torturing it to death.

That is all.
Posted by Josh Peterson at 7:34 PM No comments: Linked to:

Let us consider how we may spur one another on towards love and good deeds. 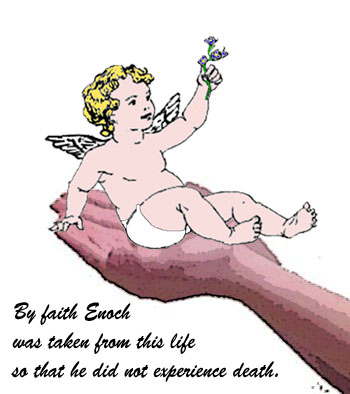